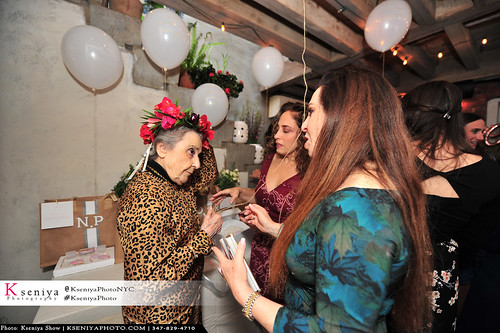 1. You Can’t Always Get What You Want

Mere days after their release of “Beggar’s Banquet” in 1968, the band pulled together a real-life circus of a show. Designed as a television spectacle consisting of real circus performers, and some top rock acts of the day. Jethro Tull, The Who and Eric Clapton were in attendance, as were lions, trapeze artists, John Lennon and Yoko Ono. The kind of show you might only now see on the very best of David Letterman.

The idea was to produce a unique showcase, but the footage was eventually shelved and hidden away for nearly 3 decades due to what was deemed sub-standard performances. It was not shown publicly for 27 years, except for brief excerpts in home videos. The Who’s performance of “A Quick One” was used in their own film/career documentary, “The Kids Are Alright”. The true landmark of the show for The Rolling Stones was it was Brian Jones’ last performance with the band.

Before the Rolling Stones had galvanized their name as the World Greatest Rock & Roll Band in the late ’60s, they had already laid a handsome claim to the title. The Beatles had paved the way for the British Invasion, but the Rolling Stones pioneered the gritty, hard-pounding blues-infused rock and roll that now defines the genre. Mick Jagger might be a tiny little man by many standards, but with no question he is the biggest front man to ever grace a rock stage. Wild. Macho. Campy. Sexy. He created the role of the rockstar.

To nightcap their hugely successful 1969 North American tour, the band planned a large, free concert in San Francisco similar to a successful concert they had done in London’s Hyde Park earlier that summer. But between permit denials, greed and a last-minute change of venue, the event spiraled from what was potentially a West Coast Woodstock to a jumbled chaotic mess.

Things turned for the worse with their bad choice of security, the biker gang the “Hell’s Angels”, contributing to a day-long sideshow of brutal violence and truly bad vibes. By the time the Stones took the stage that evening, things had already come undone with a dramatic stabbing of spectator by one of the Hell’s Angels. The stabbing was captured on film in the documentary, “Gimme Shelter”.

The band’s longtime acquaintance with law enforcement started with an infamous ‘pissing’ incident in March of 1965. Bill Wyman needed to use the restroom at a gas station, but was refused admittance and told to promptly vacate the premises. Mick Jagger and Brian Jones joined Bill in pissing against a wall, and the Rolling Stones’ image as bad boys was firmly established. In a remarkable show of solidarity and opportunism, which was not to be repeated, all five-band members showed up at court, several weeks later.

How can you be the next Keith Richards? Well, asides from several obvious personal decisions, to get his legendary sound, first you’re going to need to go out and get yourself a Fender Telecaster. Keith plays in open G tuning with his own customized 5-string version. Take your low E string off the guitar and then tune it low to high as GDGBD. You can always tune the low E string to D as well if you’re not into removing the sixth string. Keith sums up his approach with a simple phrase that only he could truly relate, “5 strings, 3 fingers, and one ***hole.” There’s no one like Keith Richards.

The famous tongue and lip design and countless variations of such has graced countless official and unofficial Rolling Stones memorabilia and products since it first appeared when the band formed “Rolling Stones Records” in 1971. Credit for the creation of the original design has been mistakenly given to several people over the years. Many have stated that Andy Warhol was the originator. He did design two album covers for the band, but not the tongue design. In 1995, Billboard Magazine printed that it was from the mind of Ruby Mazur. Discovering their mistake, they later corrected their statement, identifying Mazur as the designer of the first official variation of the tongue design. With further research later that year, Billboard definitely uncovered that the original classic design came from John Pasch. Two years later, Mick Jagger confirmed that Pasch was the originator of the fabled logo.

Rolling Stones museum, anyone? Former Rolling Stones member, Bill Wyman operates a restaurant entitled, “Sticky Fingers” in the well-to-do Kensington section of London. The food is nothing to write home about, unless you consider the cuisine at the Hard Rock Café something to die for. The prices are so-so, no more than the one-two punch inflicted by Planet Hollywood fare.

What’s special here is that the whole place is a shrine the legendary rockers. Jam-packed with posters, magazine covers, guitars, gold discs and the like. Most of time, as you might imagine, you’ll be enjoying the soothing sounds of Stones tune while you munch your fish and chips.

If you never get a chance to stand live in the crowd and soak the sound waves as they emit straight from the wall of loud speakers, then the next best chance at the excitement is one many films made from their various shows. Perhaps the most famous is from their 1972 North American tour. Titled, “Ladies and Gentlemen, The Rolling Stones”, unfortunately the screening of it can prove difficult. Originally released in Quadraphonic sound, the original soundtrack, record as it is on the film in an unusual manner requires considerable labor to view properly. The effort is occasionally undertaken, as it was done in a September 1996 screening at New York’s Lincoln Center. Hmmm, maybe it would be easier to just see them live after all.

Is this their last world tour? They’ve been fielding that question ever since they were first asked it way back in 1966. Mick Jagger turned 59 this past July 26th and Keith Richards turns 59 on December 18th. Jagger will be 60 by the time they wrap up their European tour, perhaps that’s old enough to retire, but we’re betting that they’ll be back as long as they’re around. Why stop now?